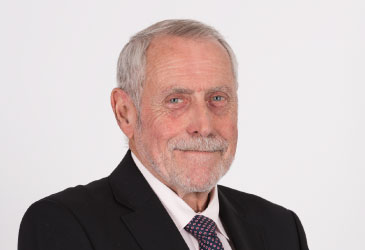 David Woodhouse has had extensive experience in various aspects of health care. These roles have included clinical obstetrics and gynaecology, Medical Directorships in the pharmaceutical industry, as well as administrative and leadership roles within the hospital system and the RANZCOG.

He originally trained as a specialist Obstetrician and Gynaecologist in Australia and the UK, practising at the Crown Street Women’s Hospital and the Caroline Chisholm Unit at Liverpool in South West Sydney. He holds fellowships of both the Royal and the Royal Australian and New Zealand Colleges of Obstetricians and Gynaecologists as well as a Masters in Reproductive Medicine and a Fellowship of the Australian Institute of Company Directors. At Crown Street he held the positions of Clinical Supervisor and Deputy Medical Superintendent and assisted in the establishing of its fetal laboratory and natural birthing centre.

He has served in a number of executive positions on the State and Federal Councils of the RANZCOG being ultimately Chairman of the NSW State Committee and Senior Vice President of the College. During this time he conducted the review of Obstetric Services in the Murray District for the NSW Health Department and served as Chairman of the NHMRC Working Party on the use of Anti D gamma globulin in Obstetrics.

Dr Woodhouse has developed and extended professional relationships with Key Opinion Leaders over a wide range of therapeutic areas though particularly in Gynaecology, menopausal medicine and Assisted Reproductive Technologies (ART). He founded the Menopause Clinic at the Liverpool Hospital in Sydney and was responsible for the pivotal study on the safety and efficacy of Continuous Combined HRT conducted by Upjohn.

He was closely involved in all aspects of IVF including commercial development of the product ranges of both Serono and Organon in Australia, professional education within IVF clinics and the development of clinical trials and grants for fertility research.

In Japan he assisted with the establishing and accreditation review of the 13 Centres of Excellence known as JISART and prepared the market for the introduction of recombinant FSH. He was closely involved in the marketing of the concept of Fill by Mass for Serono in Australia and NZ and the introduction of the Serono Pen delivery system into Australia.

At Organon he was closely involved with the marketing and product defence of the novel contraceptive agents Implanon and NuvaRing as well as speaking extensively on Livial, currently the market leader in the Australian HRT market. During this period he developed training programs and support materials for the use of antagonist protocols in IVF/ICSI.

He has had wide experience over a large number of therapeutic portfolios and has been able to act as both an educator and communicator in all of these. His particular interest has been in the building of state of the art medical units and the development of personnel serving in these, including those in Medical Affairs, Pharmacovigilance, quality assurance, clinical trials and regulatory affairs.

Recently he was a Principal Consultant in Executive Recruitment and as a Private Consultant undertaking training programs in women’s health within the Pharmaceutical Industry.

Since October 2009 he has been Senior Consulting Doctor with the Australian Menopause Centre.

Book A Free No Obligation Consultation